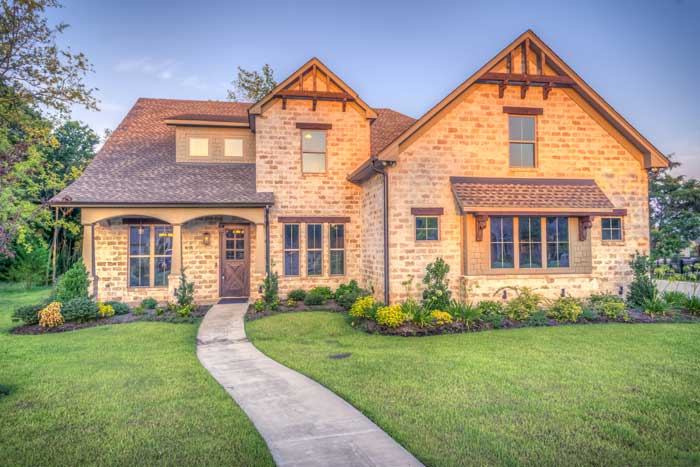 Some are worried we are approaching a real estate housing market bubble. I have covered this before in earlier blogs. Bank loans are more solid now and Investors that were buying and flipping homes in 3-6 months and making $30,000 are not there. In the heat of the real estate housing market bubble in 2005, Washington County issued 4,063 New Residential building permits. For 2017 only 2,239. Almost half as much. (as per Ryan at Washington County Assessors office.)

In Washington County Utah, there were 1,224 homes listed for sale in December. That number tends to be low while fewer Sellers want to be bothered with Buyer traffic during the Holidays. January tends to balloon with all the Sellers who now want to Sell. We usually see first of year listings increase by a substantial amount. But as of 2.6.18 we have 1,226 homes listed for sale and 363 that have sold since January 2, 2018 for the Southern Utah real estate housing market.

Inventory is low and in some neighborhoods where I have seen 20 homes sold in the past 6 months, any new listing goes into a contract in days instead of weeks and months. The low inventory has actually been leveraged for higher home prices. And while many homeowners are skittish to sale because of increasing prices to buy their next home, the real cost to buy is the cost to borrow: Money. Interests rates are still historically low compared to my first home bought in the 80’s at 12%. Right now 4.18- 4.25% interest rates are had by qualified Buyers. So, Folks, it’s still a great time to Buy and Sell in Southern Utah.

For many years, analysts have predicted higher rates only to watch them remain at historically low levels. Over the last few weeks, the economic tea leaves have become more and more indicative of the probability that interest rates may begin moving back toward “normal.” Both domestically and internationally, we are seeing improving economic conditions and subtle increases in inflation. Additionally, the rolling back of quantitative easing may be accelerated in many markets, including the Utah real estate housing market.

Last week saw mortgage rates pushing upward on another round of positive economic news. 200,000 new jobs were created last month, and the unemployment rate held steady. The ISM Manufacturing Index dipped only slightly, and the Fed’s policy announcement was slightly more hawkish than expected. The announcement of increased sizes of debt auctions from the Treasury also pressed rates upward. This week will likely see mortgage rates continuing to march upward on last week’s news. Less economically impactful data is due, but technical factors may continue to push mortgage rates higher.

Pending home sales were up slightly in December for the third consecutive month, according to the National Association of Realtors®. In 2018, existing-home sales and price growth are forecast to moderate, primarily because of the new tax law’s expected impact in high-cost real estate housing markets. The Pending Home Sales Index, *A forward-looking indicator based on contract signings, moved higher 0.5 percent to 110.1 in December from an upwardly revised 109.6 in November. With last month’s modest increase, the index is now 0.5 percent above a year ago.”  Source: https://www.nar.realtor/newsroom/pending-home-sales-tick-up-05-percent-in-december

WASHINGTON (January 31, 2018) — Pending home sales were up slightly in December for the third consecutive month, according to the National Association of Realtors®. In 2018, existing-home sales and price growth are forecast to moderate, primarily because of the new tax law’s expected impact in high-cost housing markets. The Pending Home Sales Index,* www.nar.realtor/pending-home-sales, a forward-looking indicator based on contract signings, moved higher 0.5 percent to 110.1 in December from an upwardly revised 109.6 in November. With last month’s modest increase, the index is now 0.5 percent above a year ago.

Lawrence Yun, NAR chief economist, says pending sales edged up in December and reached their highest level since last March (111.3). “Another month of modest increases in contract activity is evidence that the housing market has a small trace of momentum at the start of 2018,” he said. “Jobs are plentiful, wages are finally climbing and the prospect of higher mortgage rates are perhaps encouraging more aspiring buyers to begin their search now.” Added Yun, “Sadly, these positive indicators may not lead to a stronger sales pace. Buyers throughout the country continue to be hamstrung by record low supply levels that are pushing up prices — especially at the lower end of the market.”

The uninterrupted supply and demand imbalances throughout the country fueled price appreciation to 5.8 percent in 2017, which was the sixth straight year of gains at or above 5 percent1. While tight inventories are still expected to put upward pressure on prices in most areas this year, Yun expects overall price growth to shrink, with some states even experiencing a decline, because of the negative effect the changes to the Utah mortgage interest deduction and state and local deductions under the new tax law. See NAR’s 2018 stateforecast for a look at home price projections and how that can impact the southern Utah real estate housing market.

“In the short term, the larger paychecks most households will see from the tax cuts may give prospective buyers the ability to save for a larger down payment this year, and the healthy labor economy and job market will continue to boost demand,” said Yun. “However, there’s no doubt the nation’s most expensive markets with high property taxes are going to be adverselyimpacted by the tax law.”

Added Yun, “Just how severe is still uncertain, but with homeownership now less incentivized in the tax code, sellers in the upper end of the market may have to adjust their price expectations if they want to trade down or move to less expensive areas. This could, in turn,lead to both a decrease in sales and home values.” After expanding 1.1 percent in 2017 to 5.51 million, Yun does anticipate a slight increase (0.5 percent) in existing sales this year (5.54 million). Single-family housing starts are forecast to jump 13.3 percent to 961,000, which will push new home sales up 15.3 percent to 701,000 (608,000 in 2016) for the real estate housing market. The PHSI in the Northeast dipped 5.1 percent to 93.9 in December and is now 2.7 percent below a year ago. In the Midwest, the index decreased 0.3 percent to 105.0 in December but is still 0.3 percent higher than December 2016. 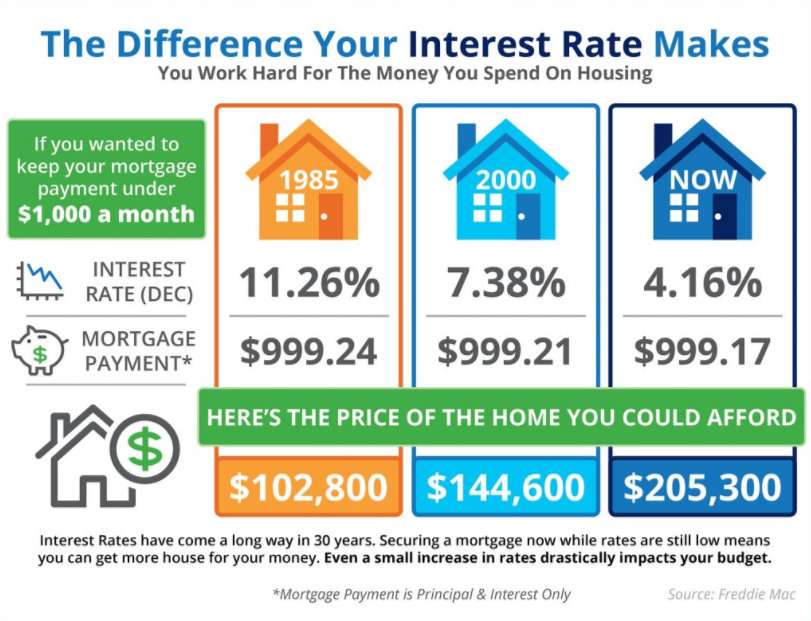 Pending home sales in the south grew 2.6 percent to an index of 126.9 in December and are now 4.0 percent higher than last December. The index in the West rose 1.5 percent in December to 101.7, but is still 3.1 percent below a year ago. The National Association of Realtors®, “The Voice for Real Estate,” is America’s largest trade association, representing 1.3 million members involved in all aspects of the residential and commercial real estate industries. The Utah real estate housing market is active and alive.

1 From 2012-2017, the median sales price of existing homes has increased the following amounts: 6.6 percent; 11.4 percent; 5.8 percent; 6.5 percent; 5.1 percent and 5.8 percent. * The Pending Home Sales Index is a leading indicator for the housing sector, based on pending sales of existing homes. A sale is listed as pending when the contract has been signed but the transaction has not closed, ]\ though the sale usually is finalized within one or two months of signing.

The index is based on a large national sample, typically representing about 20 percent of transactions for existing-home sales. In developing the real estate housing market model for the index, it was demonstrated that the level of monthly sales-contract activity parallels the level of closed existing-home sales in the following two months.

An index of 100 is equal to the average level of contract activity during 2001, which was the first year to be examined. By coincidence, the volume of existing-home sales in 2001 fell within the range of 5.0 to 5.5 million, which is considered normal for the current U.S.population. 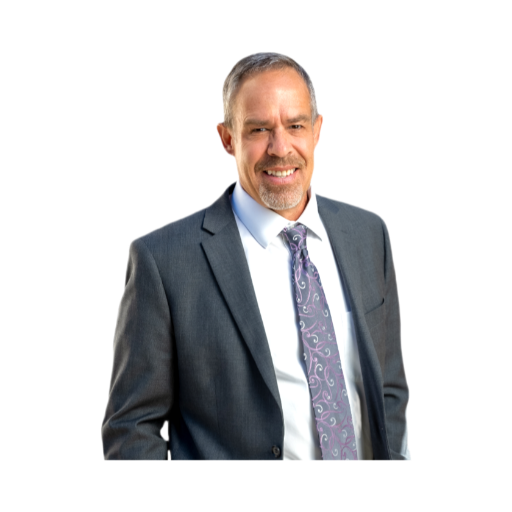